These cars are also compatible with other construction cars used in track construction projects. This means that all three models can be combined with each other and also with MFS-38, MFS-40 and MFS-100. 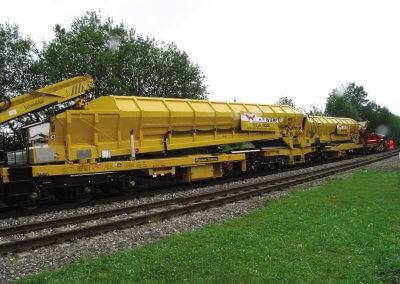 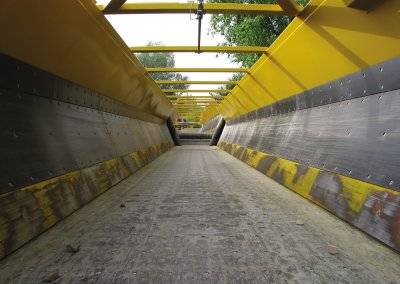 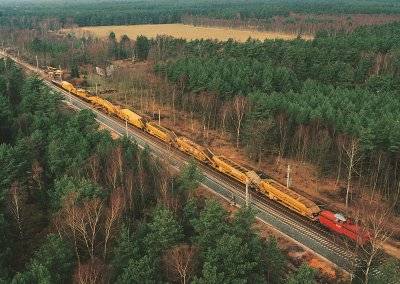 Which do you require?

The benefits at a glance 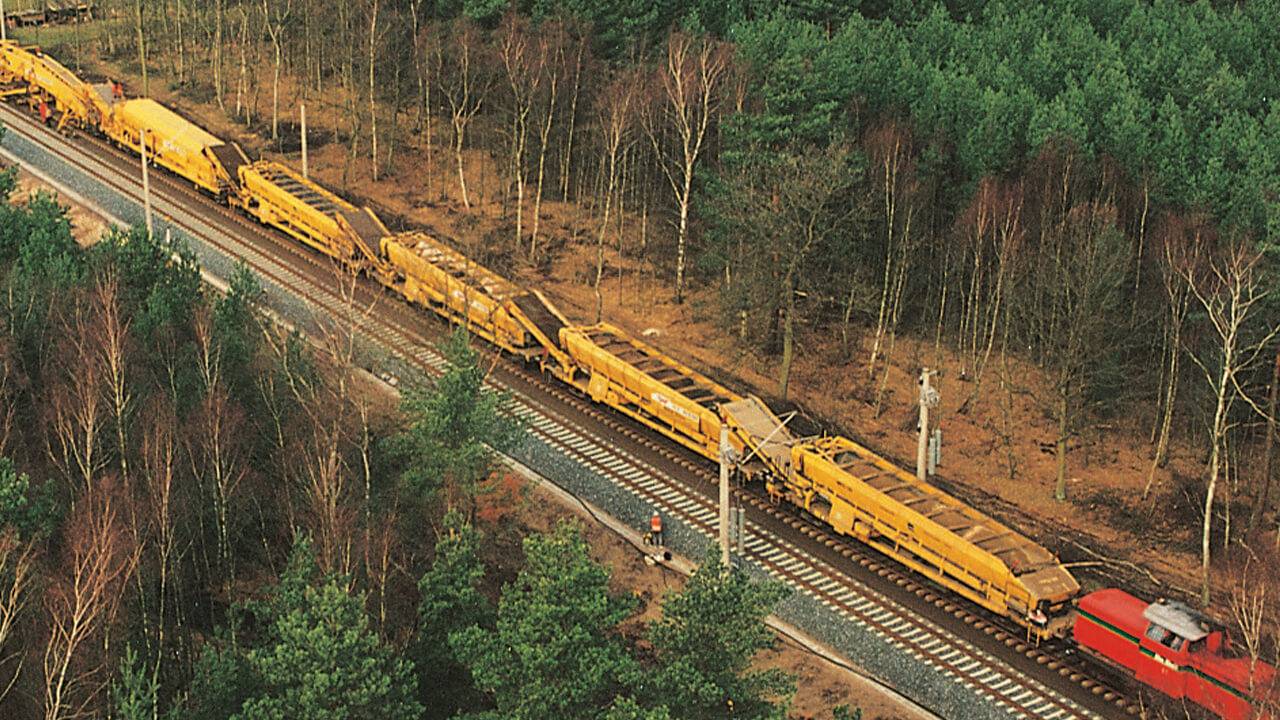 Would you like to contract us to carry out track construction work for you with this machine? Or would you like detailed information about our machine pool? Then just contact me!

The Wiebe group gas a broad-based machine pol that allows it to carry out a wide range of track construction projects, be it the construction of new tracks, or the modernisation, removal of maintenance of existing tracks. This ensures that we are equipped to take on any tasks using suitable machines or combinations of machines. 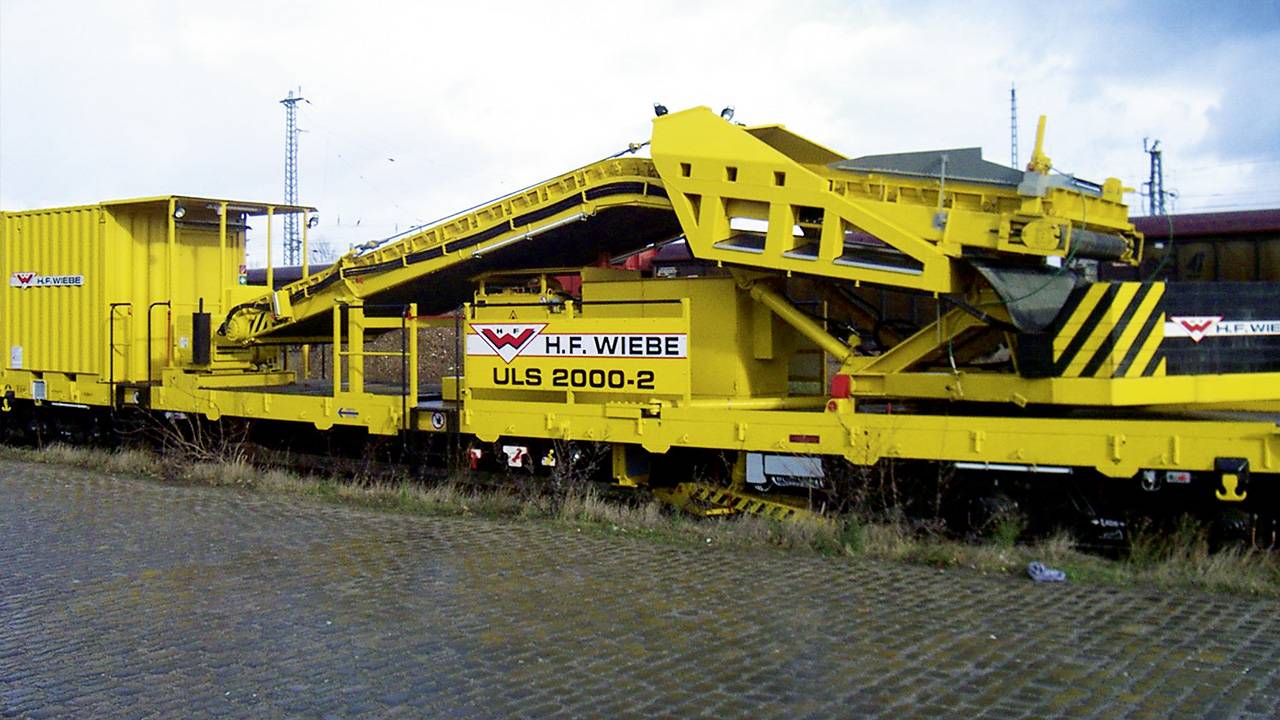 This transfer station unloads the BSW either into storage vehicles or onto open terrain.

To the transfer station 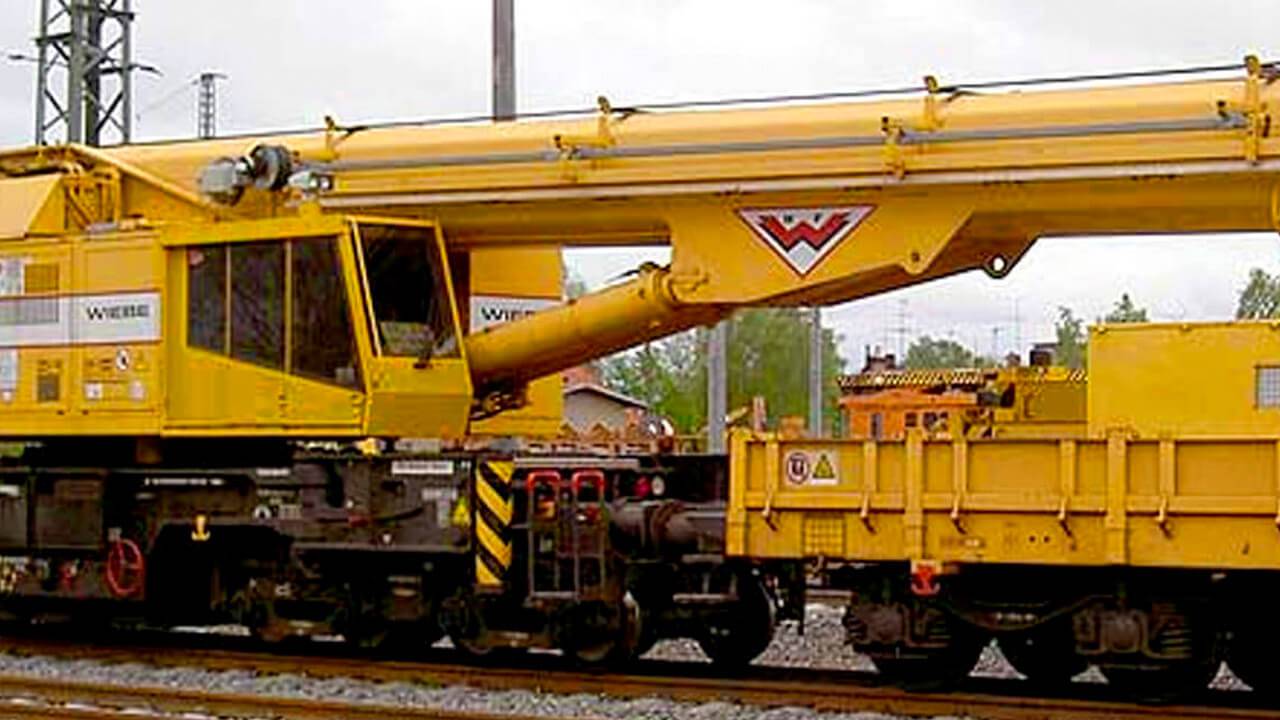 The construction crane lifts loads of up to 90 tonnes –even below overhead lines.

To the construction crane 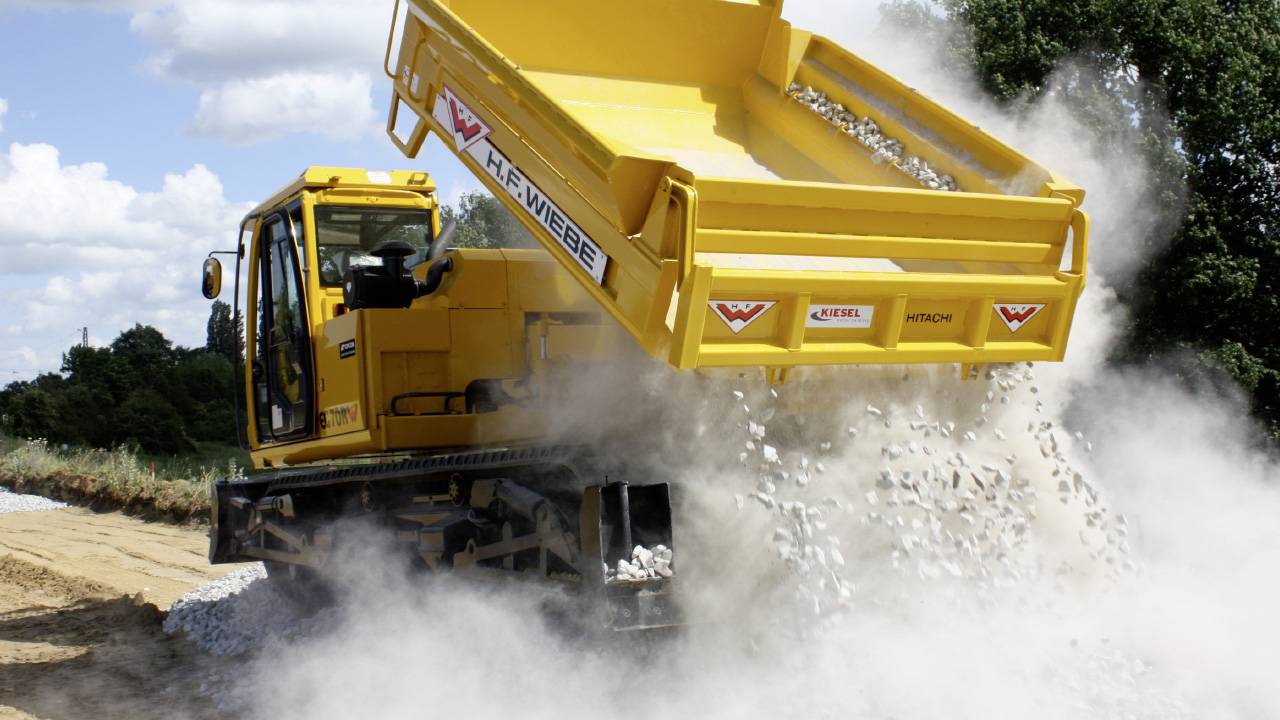 Thanks to its rubber tracks, this dumper can move easily on various surfaces. 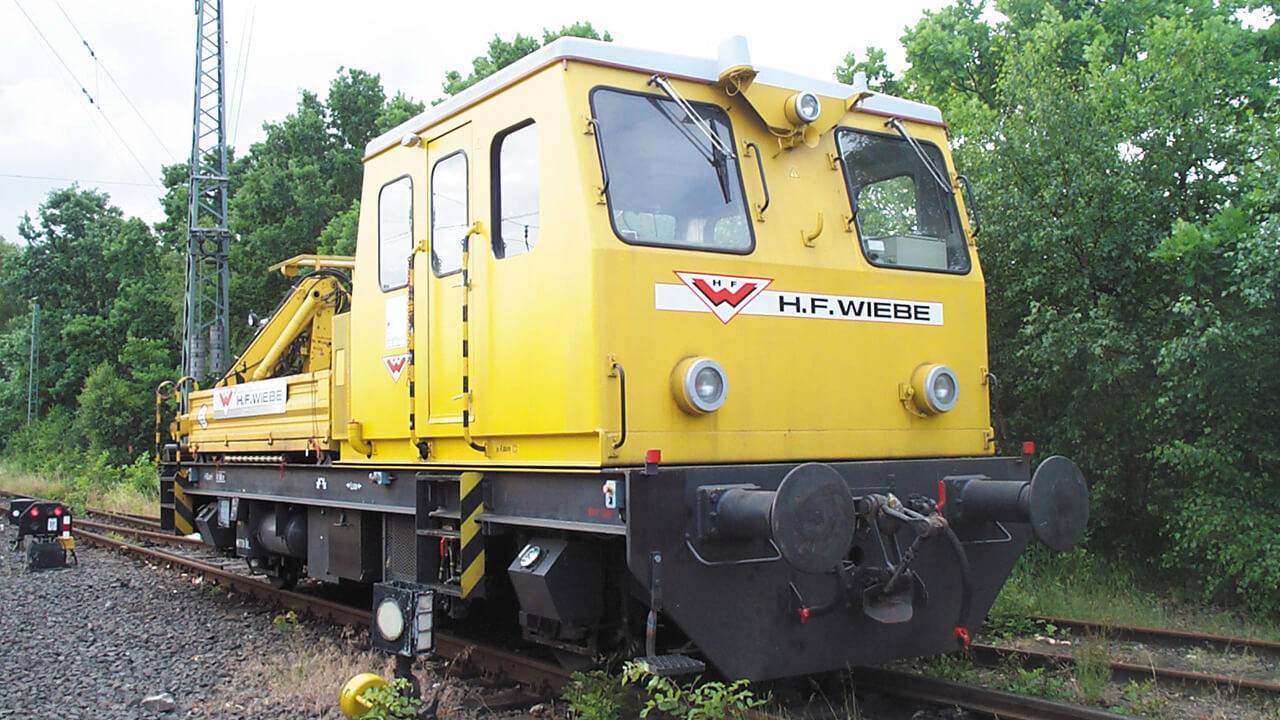 The rail construction wagon with a crane transports persons, equipment and material.

To the construction wagon